Igor N.Toptygin is Professor at the Theoretical Physics Department in Saint-Petersburg State Polytechnic University, Russia. He received his academic degrees in the field of physics and mathematics in 1964 (PhD) and 1974 (habilitation). He is an expert in theoretical physics and theoretical astrophysics. He is a member of the Scientific Council on Complex Problem of "Cosmic Rays" of the Russian Academy of Sciences, and a corresponding member of the International Academy of Sciences for High Education. He has been engaged for many years in theoretical studies of quantum paramagnetic amplifiers, acceleration of cosmic rays, radiation of relativistic particles in plasmas, etc. 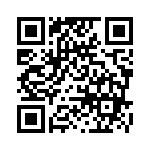