Rubin H. Landau is Professor Emeritus in the Department of Physics at Oregon State University in Corvallis. He has been teaching courses in computational physics for over 25 years, was a founder of the Computational Physics Degree Program and the Northwest Alliance for Computational Science and Engineering, and has been using computers in theoretical physics research ever since graduate school. He is author of more than 90 refereed publications and has also authored books on Quantum Mechanics, Workstations and Supercomputers, the first two editions of Computational Physics, and a First Course in Scientific Computing.

Manuel J. Paez is a professor in the Department of Physics at the University of Antioquia in Medellin, Colombia. He has been teaching courses in Modern Physics, Nuclear Physics, Computational Physics, Mathematical Physics as well as programming in Fortran, Pascal and C languages. He and Professor Landau have conducted pioneering computational investigations in the interactions of mesons and nucleons with nuclei.

Cristian C. Bordeianu teaches Physics and Computer Science at the Military College "?tefan cel Mare" in Campulung Moldovenesc, Romania. He has over twenty years of experience in developing educational software for high school and university curricula. He is winner of the 2008 Undergraduate Computational Engineering and Science Award by the US Department of Energy and the Krell Institute. His current research interests include chaotic dynamics in nuclear multifragmentation and plasma of quarks and gluons. 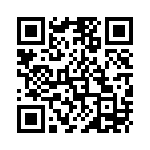