Andy Rathbone is the author of the bestselling "Windows For Dummies" books, as well as other titles in the "For Dummies" series. He was born in San Diego, California and attended San Diego State University. He majored in Comparative Literature, and graduated in 1986. He began freelancing for computer magazines shortly thereafter, and wrote the first edition of "Windows for Dummies" in 1992. 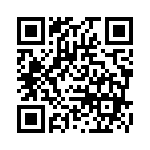