Fabrice Masančs is an art historian and art critic, with a doctorate in art history from the Sorbonne. A specialist in painting, he teaches on 19th-century art in Paris, and the history of medieval Paris at the University of Illinois at Chicago. The author of TASCHEN's Courbet, he has written extensively on literature and the visual arts. 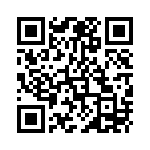