The designer:
Renowned clothing designer Issey Miyake studied graphic design at the Tama Art University in Tokyo, graduating in 1964. In 1970, he founded the Miyake Design Studio in Tokyo. In the late '80s, he began to experiment with new methods of pleating that would allow both beauty and flexibility of movement for the wearer as well as ease of care and production. This eventually resulted in a new technique called garment pleating and in 1993, the Pleats Please line was launched.

After turning over the design of both men's and women's collections to his designers, Miyake worked on the realization of 21_21 Design Sight that opened in 2007 in Tokyo. In 2010, Miyake presented a new and innovative line called "132 5 Issey Miyake".

The editor:
Born in Tokyo, Midori Kitamura is president of Miyake Design Studio. Starting in 1976, she worked under Issey Miyake on collections, exhibitions, and publications as attaché de press. She also manages developments including creative direction of products such as perfumes and watches. Kitamura was Exhibition Director of "Bulls Eye Special 2008" at 21_21 Design Sight, together with Kazumi Oguro and Katsuhiko Hibino, and has been president of 21_21 Design Sight Inc. since 2009. 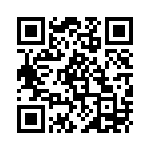