Reuel Golden graduated in politics from the University of Sussex, UK, and is the former editor of the British Journal of Photography. He has edited various titles for TASCHEN including The Rolling Stones, Her Majesty, Harry Benson: The Beatles, Age of Innocence: Football in the 1970s, and the New York and London editions of the Portrait of a City series.

Richard B. Woodward is a New York based arts critic who contributes regularly to the Wall Street Journal and New York Times. His journalism has appeared in numerous publications, from The Atlantic, Bookforum, Film Comment, The American Scholar, and The New Yorker to Vanity Fair, Interview, and Vogue. His essays on art and photography have been featured in more than 20 monographs and museum catalogs. 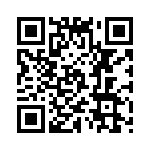