Jon Klassen is a writer and illustrator of children's books. He won the 2013 Caldecott Medal for illustration, recognizing This Is Not My Hat, which he also wrote. He is also well known for his 2011 picture book I Want My Hat Back. Jon studied animation at Sheridan College. He moved to Los Angeles after graduation and made an animated short with Dan Rodriques, An Eye for Annai. He worked on Neil Gaiman's Coralin and Kung Fu Panda, and was the art director for U2's animated video for I'll Go Crazy If I Don't Go Crazy Tonight. 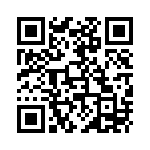