Jerome was the greatest scholar of the ancient church. Most of his mature life was spent in study in various parts of the Eastern Mediterranean. In approximately 372, he set out for the East and stayed in Antioch for a short period, eventually settling as a hermit in the Syrian desert for four or five years. He then spent some time in Constantinople and in 382 returned to Rome, where he became secretary to Pope Damasus. During his brief residence in Rome, he began his revision of the Bible into Latin translated from the original languages. The culmination of his work, which took over two decades, was known as the Vulgate, a Latin translation of the Bible. He returned to the East in 385 and eventually settled in Bethlehem, where he ruled a newly founded monastery and devoted the rest of his life to study and writing. In addition to the Vulgate, his writings include biblical commentaries and treatises concerning linguistic and topographical material written in order to help in the interpretation of Scripture. 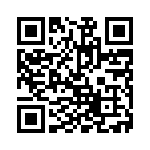