Bruno Forment is Postdoctoral Fellow (FWO) at Ghent University and Lecturer at the Vrije Universiteit Brussel. 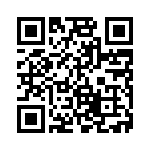