Rehman Sobhan is a noted Bangladeshi economist and freedom fighter who played an active role in the Bangali national movement. He is currently the Chairman, Centre for Policy Dialogue, Dhaka, Bangladesh. He was educated at St. Paul’s School, Darjeeling; Aitchison College, Lahore; and the University of Cambridge. He was one of the several economists whose ideas influenced the 6-point programme of Sheikh Mujibur Rahman, which became the basis for the struggle for self-rule for Bangladesh. A former Professor of Economics at Dhaka University, he has authored numerous books and articles on various developmental issues. The most recent of these, Challenging the Injustice of Poverty: Agendas for Inclusive Development in South Asia, was published by SAGE in 2010.

He served the first Government of Bangladesh as Envoy Extraordinaire with special responsibility for Economic Affairs, during the Liberation War in 1971. He was a member of the first Bangladesh Planning Commission, and in the 1980s headed the premier development research facility, BIDS. In 1990–91, he became a Member of the Advisory Council of the President of Bangladesh in charge of the Ministry of Planning and the Economic Relations Division. In 1993, he founded and became the Chairman of the Centre for Policy Dialogue (CPD), one of Bangladesh’s most prestigious think tanks. He also headed the South Asia Centre for Policy Studies (SACEPS) from 2000 to 2005, one of the leading think tanks for promoting regional cooperation in South Asia. 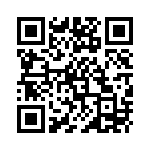