Tangier Island is a tiny island in the middle of the Chesapeake Bay (between Virginia and Maryland on the East coast of the US) that is getting tinier by the moment. This is true for both the physical ... Read full review

The story of Tangier Island and how climate change is affecting it. Tangier since the early part of the 20th century has been disappearing as the ocean levels rise. Predictions are that in 50 years ... Read full review

Journalist Earl Swift has written five books, including The Big Roads: The Untold Story of the Engineers, Visionaries, and Trailblazers Who Created the American Superhighways (2011). Since 2012 he has been a residential fellow of the Virginia Foundation for the Humanities at the University of Virginia. 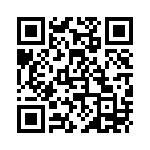