Professor of History and Black Studies at Amherst College, David W. Blight is the author of Fredrick Douglass' Civil War: Keeping Faith in Jubilee and editor of the Bedford Books editions of Narrative of the Life of Fredrick Douglass, An American Slave and W. E. B. DuBois's The Souls of Black Folk. 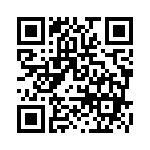