I had picked up the third book of the series without knowing it was a series. After 5-6 pages I started feeling like I had come into the middle of a story. So I found the first book. I wasn't ... Read full review

It's well written but it's not my kind of book. Read full review

John Birmingham is the author of Emergence, Resistance, Ascendance, After America, Without Warning, Final Impact, Designated Targets, Weapons of Choice, and other novels, as well as Leviathan, which won the National Award for Nonfiction at Australia’s Adelaide Festival of the Arts, and the novella Stalin’s Hammer: Rome. He has written for The Sydney Morning Herald, Rolling Stone, Penthouse, Playboy, and numerous other magazines. He lives at the beach with his wife, daughter, son, and two cats. 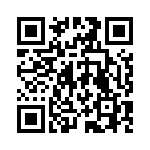