Jean B. Russo is associate general editor of Archives of Maryland Online and coeditor of The Diary of William Faris: The Daily Life of an Annapolis Silversmith and Colonial Chesapeake Society. J. Elliott Russo is a contributing editor to the Maryland State Archives and author of numerous articles, book chapters, and papers on colonial Maryland and Virginia. 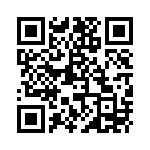