This is a large book, a bit like an encyclopedia, but all 800 plus pages are about the Mind, covering neuroscience, philosophy of the mind, artificial intelligence, and psychology. The topics are ... Read full review

The Oxford companion to the mind

This dictionary approach to the human mind comprises topical definitions and discussions by over 100 authorities and scholars. The bias is distinctly British, and more attention is paid to the ... Read full review

About the editor
Richard Gregory is an experimental psychologist whose particular interests include human perception and, especially, visual illusions. He is currently Professor of Neuropsychology and Director of the Brain and Perception Laboratory at the University of Bristol. His many books include the best-selling Eye and Brain, Illusion and Nature in Art (co-edited with Sir Ernst Gombrich), and Mind in Science. 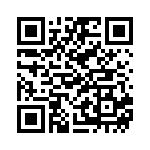