Zdenka Badovinac is a curator and writer who has served since 1993 as Director of the Moderna galerija/Museum of Modern Art in Ljubljana. 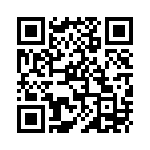