Thomas McCarthy is John Schaffer Professor in the Humanities at Northwestern University and the editor of the MIT Press series Studies in Contemporary German Social Thought. 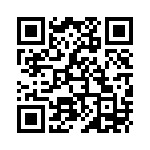