Jill Burke is AHRB Postdoctoral Research Fellow, Art History Department, University of Edinburgh. In 2000&–2001, she was a Postdoctoral Fellow at the Harvard University Center for Italian Renaissance Studies. 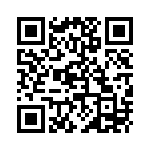