Dr. David R. Anderson is a textbook author and Professor Emeritus of Quantitative Analysis in the College of Business Administration at the University of Cincinnati. He has served as head of the Department of Quantitative Analysis and Operations Management and as Associate Dean of the College of Business Administration. He was also coordinator of the College's first Executive Program. In addition to introductory statistics for business students, Dr. Anderson has taught graduate-level courses in regression analysis, multivariate analysis, and management science. He also has taught statistical courses at the Department of Labor in Washington, D.C. Professor Anderson has received numerous honors for excellence in teaching and service to student organizations. He is the coauthor of ten textbooks related to decision sciences and actively consults with businesses in the areas of sampling and statistical methods. Born in Grand Forks, North Dakota, he earned his BS, MS, and PhD degrees from Purdue University.

Dennis J. Sweeney is Professor of Quantitative Analysis and Director of the Center for Productivity Improvement at the University of Cincinnati. Born in Des Moines, Iowa, he earned a B.S.B.A. degree from Drake University, graduating summa cum laude. He received his M.B.A. and D.B.A. degrees from Indiana University where he was an NDEA Fellow. During 1978-79, he spent a year working in the management science group at Procter & Gamble; during 1981-82, he was a visiting professor at Duke University. Professor Sweeney served 5 years as Head of the Department of Quantitative Analysis and 4 years as Associate Dean of the College of Business Administration at the University of Cincinnati. Professor Sweeney has published over 30 articles in the area of management science and statistics. The National Science Foundation, IBM, Procter & Gamble, Federated Department Stores, Kroger, and Cincinnati Gas & Electric have funded his research, which has been published in Management Science, Operations Research, athematical Programming, Decision Sciences, and other journals. Professor Sweeney has coauthored eight textbooks in the areas of statistics, management science, linear programming, and production and operations management.

Dr. Thomas A. Williams is Professor of Management Science in the College of Business at Rochester Institute of Technology where he was the first chairman of the Decision Sciences Department. He teaches courses in management science and statistics, as well as graduate courses in regression and decision analysis. Before joining the College of Business at RIT, Professor Williams served for seven years as a faculty member in the College of Business Administration at the University of Cincinnati, where he developed the undergraduate program in Information Systems and then served as its coordinator. The co-author of 11 leading textbooks in the areas of management science, statistics, production and operations management, and mathematics, Professor Williams has been a consultant for numerous Fortune 500 companies and has worked on projects ranging from the use of data analysis to the development of large-scale regression models. He earned his B.S. degree at Clarkson University and completed his graduate work at Rensselaer Polytechnic Institute, where he received his M.S. and Ph.D. degrees. 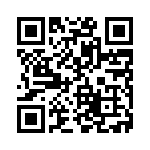