John Somerville, who received his Ph. D. degree from Columbia University, is the author or co-author of over 10 books, including The Philosophy of Peace and Methodology in Social Science. He has been awarded fellowships and grants by Columbia, Stanford, and the Rockefeller Foundation for his research in philosophy both here and abroad. UNESCO published his contributions to three of its projects in the field of social philosophy, and he has presented papers before International Congresses of Philosophy at Copenhagen, Harvard, Amsterdam, Brussels, and Venice. Somerville who died in 1994, was also Professor Emeritus of the City University of New York.

Ronald E. Santoni is the Maria Theresa Barney Chair Emeritus of Philosophy at Denison University in Ohio and is a Life Member of Clare Hall, Cambridge University. Santoni has published numerous articles, commentaries, and reviews on Jean-Paul Sartre. His work has appeared in journals throughout Europe and North America. He is the author of Sartre on Violence - Curiously Ambivalent and Bad Faith, Good Faith, and Authenticity in Sartre's Early Philosophy, the editor of Religious Language and The Problem of Religious Knowledge, and contributing editor to eighteen books, including Current Issues in Philosophy. 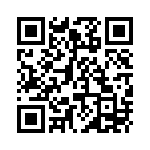