American political theorist and sociologist, Seymour Lipset, was born in New York City and educated at City College of New York and Columbia University. Lipset has taught at a number of universities, including the University of Toronto, Columbia University, the University of California at Berkeley, Harvard University, and Stanford University. A senior fellow at the Hoover Institution, he is also a member of the International Society of Political Psychology, the American Political Science Association, and the American Academy of Science. Lipset maintains that contemporary democracy is flawed; nevertheless, he believes that it is still "the good society itself in operation." Applying both political science and sociological approaches to political systems, he supports a trend to replace political ideology with sociological analysis. Among Lipset's many works are "Political Man: The Social Bases of Politics" (1960), "Class, Status, and Power" (1953), and "Revolution and Counterrevolution" (1968). He has also contributed articles to a number of magazines, including The New Republic, Encounter, and Commentary. Lipset has received a number of awards for his work, including the MacIver Award in 1962, the Gunnar Myrdal Prize in 1970, and the Townsend Harris Medal in 1971. 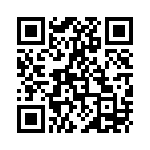