Peter Fenves is Professor of German, Comparative Literature, and Jewish Studies at Northwestern University. He is the author of A Peculiar Fate: Kant and World History (1991), "Chatter" Language and History in Kierkegaard (1993), Arresting Language: From Leibniz to Benjamin (2001), and the editor of Raising the Tone of Philosophy: Late Essays by Kant, Transformative Critique by Derrida (1993). 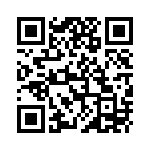