Bronislaw Malinowski, a Polish-born British anthropologist, was a major force in transforming nineteenth-century speculative anthropology into an observation-based science of humanity. His major interest was in the study of culture as a universal phenomenon and in the development of fieldwork techniques that would both describe one culture adequately and, at the same, time make systematic cross-cultural comparisons possible. He is considered to be the founder of the functional approach in the social sciences which involves studying not just what a cultural trait appears to be, but what it actually does for the functioning of society. Although he carried out extensive fieldwork in a number of cultures, he is most famous for his research among the Trobrianders, who live on a small island off the coast of New Guinea. 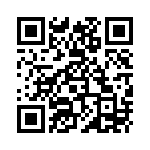