Ivan T. Berend is Professor of History at the University of California, Los Angeles. Author of Decades of Crisis: Central and Eastern Europe before World War II (California, 1998) and of Central and Eastern Europe 1944-1993 (1996), he has now, with his informal "trilogy," performed the remarkable feat of laying the entire modern history of the region before the English-speaking audience. 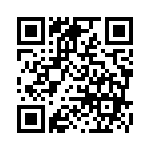