Malcolm Schofield is Emeritus Professor of Ancient Philosophy, University of Cambridge and Fellow of St John's College, Cambridge. He is co-author (with G. S. Kirk and J. E. Raven) of the second edition of The Presocratic Philosophers (1983) and co-editor (with Keimpe Algra, Jonathan Barnes and Jaap Mansfeld) of The Cambridge History of Hellenistic Philosophy (1999). His other publications include An Essay on Anaxagoras (1980), The Stoic Idea of the City (1991; 2nd edition, 1999) and Plato: Political Philosophy (2006). 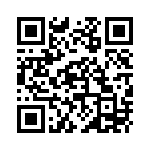