Born in London, the son of a judge, More became an important statesman and scholar. He was also one of the most eminent humanists of the Renaissance. Educated at Oxford, More became an under-sheriff of London and, later, a member of Parliament. Under King Henry VIII he served as Treasurer of the Exchequer, speaker of the House of Commons, and, finally, Lord Chancellor. More is probably best known for his Utopia, which was written in Latin (then the language of literary and intellectual Europe). It was translated into English in 1551. As the first part of this small masterpiece indicates, when More was weighing the offer to be an adviser to Henry VIII he was well aware of the compromises, bitterness, and frustration that such an office involved. In the second part, More develops his famous utopia---a Greek word punning on the meanings "a good place" and "no place"---a religious, communistic society where the common ownership of goods, obligatory work for everyone, and the regular life of all before the eyes of all ensure that one's baser nature will remain under control. Inspired by Plato's (see Vols. 3 and 4) Republic, More's Utopia became in turn the urbane legacy of the humanistic movement (in which More's friends were most notably Erasmus (see Vol. 4), John Colet, and William Grocyn) to succeeding ages. More also wrote a history, Richard III, which, if arguably the first instance of modern historiography in its attention to character and its departure from chronicle, is also, in its responsiveness to the Tudor polemic of divine rights, largely responsible for the notorious reputation of Richard as an evil ruler. More's refusal to recognize Henry VIII as Head of the Church led to a sentence of high treason. Imprisoned for more than a year, he was finally beheaded. Eventually, More was granted sainthood.

George M. Logan is the James Cappon Professor of English (Emeritus) at Queen's University, Canada, and a Senior Fellow of Massey College in the University of Toronto. A leading More scholar, he is the author of an influential book on Utopia, principal editor of the Cambridge edition of that work and editor of More's History of King Richard the Third, as well as senior editor of the sixteenth-century section of the distinguished Norton Anthology of English Literature.

Adams has served as President of the Society of Christian Philosophers and is a member of the Board of Trustees of Princeton Theological Seminary and of The Charlotte W. Newcombe Foundation. He is Professor of Philosophy at the University of California. 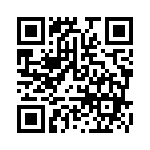