Karen Dawisha was born Karen Hurst in Colorado Springs, Colorado on December 2, 1949. She studied Russian politics at the University of Colorado at Boulder and received a doctoral degree at the London School of Economics. She taught at Miami University in Oxford from 2000 until her retirement in September 2016. She wrote or co-wrote several books including Soviet Foreign Policy Towards Egypt; Eastern Europe, Gorbachev, and Reform: The Great Challenge; and Putin's Kleptocracy: Who Owns Russia? She died from lung cancer on April 11, 2018 at the age of 68. 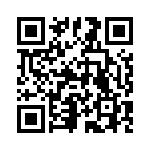