Len Scales is Lecturer in Medieval History at the University of Durham. He has written articles for various journals such as Past and Present and the Journal of Contemporary History. 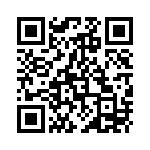