David Nicholls is Professor of Music at the University of Southampton. Author of American Experimental Music, 1890-1940 (Cambridge, 1990) and editor of The Cambridge History of American Music (Cambridge, 1998) and numerous articles on topics in American music, he has also acted as contributing editor for the reissue of Henry Cowell's New Musical Resources (CUP, 1996) and The Whole World of Music: A Henry Cowell Symposium (1997). He is also editor of the journal American Music. 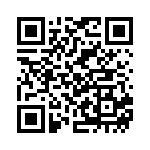