Paula Findlen is Professor of Italian History at Stanford University. She has been the recipient of a Guggenheim Fellowship and the Nelson Prize from the Renaissance Society of America. Her previous publications include Possessing Nature: Museums, Collecting, and Scientific Culture in Early Modern Italy (1994), for which she was awarded the 1995 Marraro Prize and the 1996 Pfizer Prize; Merchants and Marvels (2001) with Pamela Smith; and Beyond Florence (2003) with Michelle Fontaine and Duane Osheim. Her most recent book, A Fragmentary Past: The Making of Museums and the Making of the Renaissance, will appear shortly. 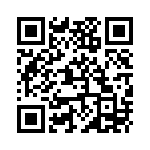