Helga Kuhse is the Director of the Centre for Human Bioethics at Monash University, in Melbourne, Australia. She has published widely in the field of bioethics, and is the author and co-author of several books including Caring: Nurses, Women and Ethics (Blackwell, 1996); Willing to Listen - Wanting to Die (1995); Individuals, Humans, and Persons: Questions of Life and Death (with Peter Singer, 1994); The Sanctity of Life Doctrine in Medicine - A Critique (1987); Should the Baby Live? - The Problem of Handicapped Infants (with Peter Singer, 1985). She is the co-editor of the journal Bioethics (Blackwell) and editor of the Monash Bioethics Review. She is also co-editor, with Peter Singer, of the accompanying volume Bioethics: An Anthology (Blackwell, 1999).

Peter Singer is Ira W. DeCamp Professor of Bioethics at the University Center for Human Values, Princeton University. He is the author of Animal Liberation, first published in 1975, and is widely credited with triggering the modern animal-rights movement. His Practical Ethics is one of the most widely used texts in applied ethics, and Rethinking Life and Death received the 1995 National Book Council's Banjo Award for non-fiction. He was the foundation president of the International Association of Bioethics. 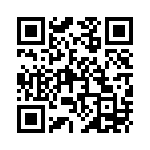