Erika Rummel is Associate Professor in the Department of History at Wilfrid Laurier University. She is the author of four books on Erasmus, most recently Erasmus on Women, and of Scheming Papists and Lutheran Fools. 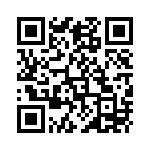