Fascinating like Herodotus. Many diversions and trivia. Read full review

Pausanias traveled through Greece in the middle of the second century a.d. On the way, he wrote about his travels in 10 rich books, beginning at Athens and ending up at Delphi, the site of Apollo's ancient oracle. From his writings, it is clear that Pausanias also knew Palestine, Syria, Asia Minor (now Turkey), Egypt, and parts of Italy, including Rome. Pausanias liked especially to describe monumental art and architecture, much of it religious in nature. Pausanias routinely gave attention to the history and topography of the most important cities he visited. His descriptions of the wonders of nature reveal his own attitude of personal curiosity. Especially significant for the study of religions are his accounts of local ceremonies, superstitions, legends, and folklore. These are often not as detailed as one might like, but they are invaluable clues to the religious life of Greece in the middle of the second century. 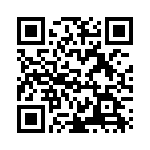