Terence was born in Carthage. As a boy, he was the slave of Terentius Lucanus, a Roman senator, who educated him and set him free. He was an intimate friend of the younger Scipio and of the elegant poet Laelius. They were the gilded youth of Rome, and Terence's plays were undoubtedly written for this inner circle, not for the vulgar crowd. They were adapted from Menander and other Greek writers of the New Comedy and, in the main, were written seriously on a high literary plane with careful handling of plot and character. The six comedies are all extant.

John Barsby is Professor of Classics at the University of Otago, New Zealand. 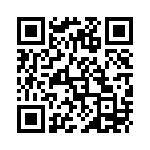