Martin Litchfield West, OM, FBA (1937-2015) was Professor of Greek at the University of London and Fellow of All Souls College, Oxford. 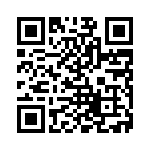