Jacob Golomb teaches Philosophy at the Hebrew University of Jerusalem, where he is the Philosophical Editor of its Magnes Press and the Director of the Center for Austrian Studies. He is the author of In Search of Authenticity, Nietzsche's Enticing Psychology of Power, and Nietzsche in Zion. Robert S. Wistrich holds the Erich and Foga Neuberger Chair of Modern Jewish History at the Hebrew University of Jerusalem. He is the author of, among many other books, Hitler and the Holocaust and Antisemitism: The Longest Hatred. 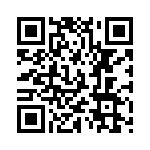