Charles Dempsey is Professor of Art History at the Johns Hopkins University. He is author of Annibale Carracci and the Beginnings of Baroque Style (I Tatti Monographs), and coauthor, with Elizabeth Cropper, of Nicholas Poussin: Friendship and the Love of Painting (Princeton). 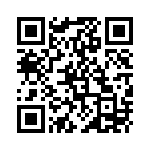