IN THE SHADOW OF REVOLUTION: Life Stories of Russian Women from 1917 to the Second World War

Sheila Fitzpatrick is the Bernadotte E. Schmitt Distinguished Service Professor in History at the University of Chicago and coeditor of The Journal of Modern History. She is the author of, most recently, Everyday Stalinism: Ordinary Life in Extraordinary Times: Soviet Russia in the 1930s and Accusatory Practices: Denunciation in Modern European History, 1789-1989. Yuri Slezkine is Professor of History at the University of California, Berkeley. He is the coeditor of Between Heaven and Hell: The Myth of Siberia in Russian Culture and the author of Arctic Mirrors: Russia and the Small Peoples of the North. 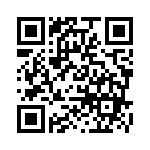