Richard Wolin is Distinguished Professor of History at the City University of New York Graduate Center. He is the author of The Politics of Being, The Heidegger Controversy, and The Terms of Cultural Criticism, and he served as academic consultant for the BBC documentary Heidegger: Design for Living. He is a frequent contributor to the New Republic and Dissent. 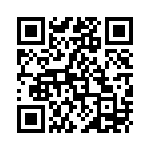