Robert Audi is Professor of Philosophy and David E. Gallo Professor of Business Ethics at the University of Notre Dame. He is the author of many books and articles in ethics, including Practical Reasoning and Moral Knowledge and Ethical Character, and is Editor in Chief of The Cambridge Dictionary of Philosophy. 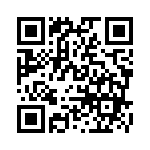