Randy E. Barnett is Austin B. Fletcher Professor of Law at Boston University School of Law and Senior Fellow of the Cato Institute. He is the author of The Structure of Liberty: Justice and the Rule of Law. 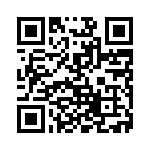