Gianni Vattimo is an Italian philosopher and university professor who served in the European Parliament. He taught at the University of Turin. Vattimo edited the Journal of Aesthetics and has contributed to international magazines. He is a member of the Academy of Sciences of Turin. He has received honorary degrees from several universities and was awarded the Official Great Merit of the Italian Republic in 1997. Most of his books are in English translation. 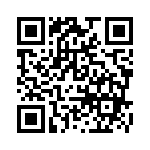