Charles Bambach is Professor of the History of Ideas/Philosophy at the University of Texas, Dallas. He is author of Heidegger, Dilthey, and the Crisis of Historicism, also from Cornell. 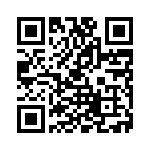