slogged thru it, even with a professor to explain all the big words and long sentences. A doozy of a book, don't read it unless you're really, really interested in the topic. Read full review 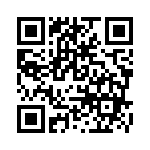