Shoshana Felman is Thomas E. Donnelley Professor of French and Comparative Literature at Yale University. Her books include Literature and Psychoanalysis, Testimony, and (most recently) The Juridical Unconscious: Trials and Traumas in the Twentieth Century. Her The Scandal of the Speaking Body: Don Juan with J. L. Austin, or Seduction in Two Languages, is being reissued in a new edition by Stanford University Press, with a Foreword by Stanley Cavell and an Afterword by Judith Butler. 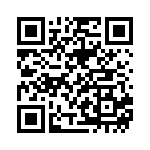