Mark Sheridan is a Benedictine monk of Dormition Abbey in Jerusalem and professor emeritus in the Faculty of Theology of the Pontificio Ateneo S. Anselmo, Rome, where he served as dean of the Faculty of Theology (1998-2005) and Rector Magnificus (2005-2009) of the Athenaeum. Among his publications are Rufus of Shotep: Homilies on the Gospels of Matthew and Luke, and From the Nile to the Rhone and Beyond: Studies in Early Monastic Literature and Scriptural Interpretation. He is a specialist in Coptic language and literature. 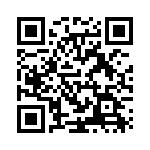