The meandering prose makes the book longer than it needs to be and sacrifices some clarity. Rationalism in Politics is the best essay, presenting a solid conservative case against the rationalist turn ... Read full review

Oakeshott is an honest writer and presents his ideas in direct if somewhat turgid prose. He advocates for tradition and experience in making political decisions rather than what he sees as dangerously ... Read full review

Michael Oakeshott (1901-1990) was Professor of Political Science at the London School of Economics and a Fellow of Gonville and Caius College, Cambridge. He was the author of many works, including On History and Other Essays and Hobbes on Civil Association, both published by Liberty Fund. 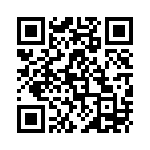