Stanley Aronowitz is Distinguished Professor of Sociology at the Graduate Center, City University of New York. He is founder of the Center for Worker Education at the City College of New York. He lives in New York City. 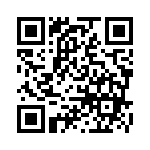