I can't really see people reading this other than undergraduates becuase they've been told to. But maybe I'm wrong. From what I know of the subject area, I'd gamble that it's fairly comprehensive and ... Read full review

Peter Lamarque is Professor of Philosophy and Head of Department at the University of York. He has published widely on fictionality, philosophy of literature, and aesthetics, including Truth, Fiction, and Literature (1994, with Stein Haugom Olsen) and Fictional Points of View (1996). He is Editor of the British Journal of Aesthetics and was also philosophy subject editor for the 10-volume Encyclopedia of Language and Linguistics.

Stein Haugom Olsen is Chair Professor of Humanities and Head of the Department of Philosophy at Lingnan University, Hong Kong. He is the author of The Structure of Literary Understanding (1978) and The End of Literary Theory (1987), as well as more than forty articles on literary theory, literary criticism, and aesthetics. He is an elected fellow of the Norwegian Academy of Science and Letters. 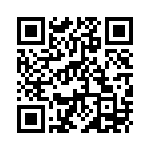