Barbara Harlow is Professor of English at the University of Texas at Austin. She has also taught at the American University in Cairo and University College, Galway and traveled extensively in the Middle East, Europe, Central America, and South Africa. She is the author of After Lives: Legacies of Revolutionary Writing (1996), Barred: Women, Writing, and Political Detention (1992), and Resistance Literature (1987).

Mia Carter is Associate Professor of English at the University of Texas at Austin. She specializes in Twentieth-Century British Literary and Cultural Studies, Post-Colonial and Women's Studies. She is currently working on a book about urbanism, English landscapes, and twentieth-century reinterpretations of romanticism in contemporary British literature and film. 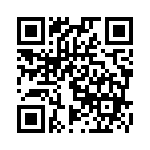